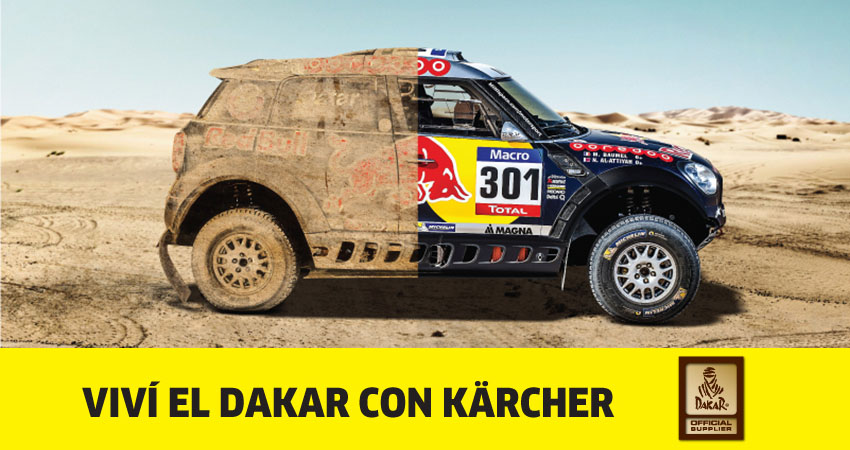 It’s the new Promotions that launched Eje for Kärcher Argentina during the months of November and December. Participation is via Facebook, entering the invoice of a pressure washer and completing the form with personal data. Participants have the chance to win, among other prizes, 2 tickets to the VIP Dakar arrival in Rosario. By means of this simple marketing action, the selling of products is encouraged and Kärcher is announced as the official distributor of Dakar 2015.